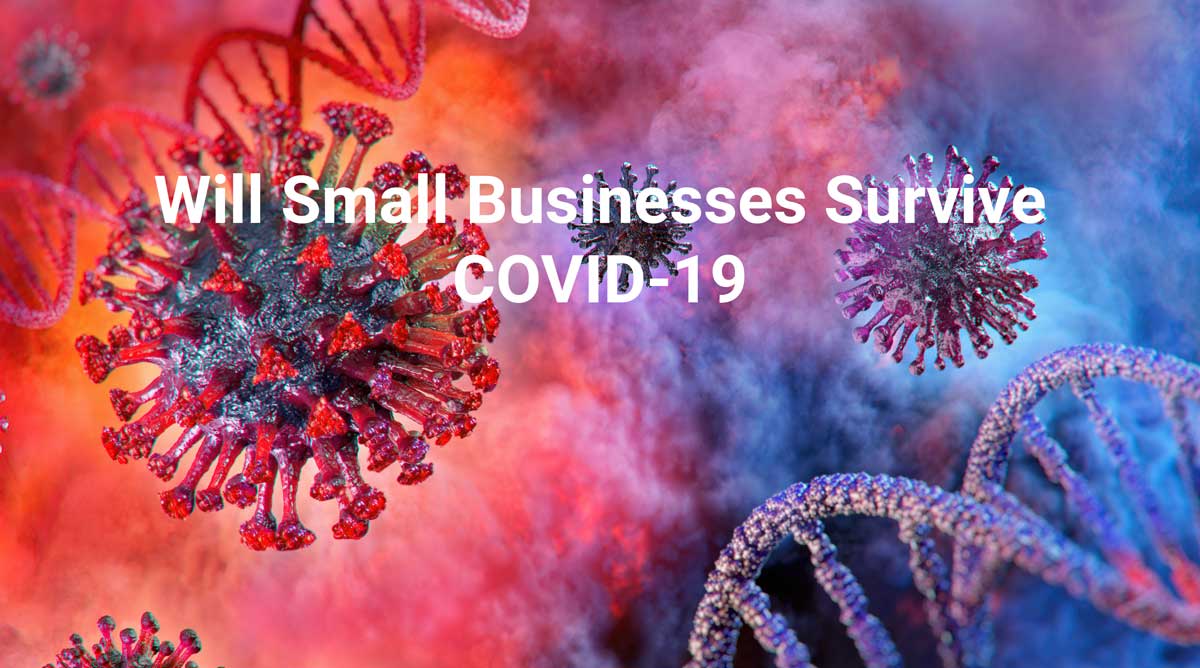 Will COVID-19 Leave Small Businesses Behind?

As the world reels from the advance of COVID-19, a sudden and perhaps expected drop in economic confidence has spread through a number of American industries, and the numbers behind it all are finally starting to come in. Businesses are closing, employees are being laid off in droves, and people on both sides of the equation are wondering what the next few months have in store.

With new state-sponsored quarantine measures being introduces every day, small businesses are finally beginning to see the hard hit that many of us had been predicting. According to a new Goldman Sachs poll, the number of American businesses that are feeling impacted by COVID-19 is at a staggering 97%. The same poll suggested that under the current trends, more than 50% of small businesses in the United States believe they will be able to keep their businesses open for another three months.

Some of these businesses have attempted to switched to remote operations, while other service-based businesses who don’t have that option have been forced to either press on, potentially exposing their employees and customers to infection, or shutting their doors in hopes of surviving off of savings.

For many others, statewide lockdowns have made the decision for them.

The Service Industry Is Shuttering

Across the country, one of the most drastic and immediate effects of the COVID-19 economic slowdown can be seen in the restaurant and service industry. This includes breweries.

In places like Washington, California, Michigan, Ohio, Illinois, and Michigan, state-mandated shutdowns have closed the doors on everything from restaurants and bars to casinos and music venues. Other states do not seem far behind, and by the time you read this the likelihood is that the list will have increased.

In cities like New York and Los Angeles, two of the largest cities in the country, these shutdowns represent an immediate halt of one of the largest and most lucrative industries around (around $51 billion in NYC alone, according to the National Restaurant Association).

While many restaurants have managed to stay open with take-out and delivery options (to varying degrees of success) many others have been forced to shut down entirely, leaving their employees without an income.

The Complex Transition to Work-From-Home

While businesses like restaurants, clubs, and sports centers simply do not have the option, some small businesses are attempting the transition to remote positions that can allow their employees to work from home. While bigger businesses have been experimenting with this shift for a few years now, it remains largely uncharted for smaller businesses whose positions are centered around any type of customer interaction.

Either way, the remote working trend is not likely to be thwarted even by the eventual retreat of COVID 19. Already, researchers are predicting a permanent shift in American working patterns as many employees will not think very highly of returning to the office after the shutdowns are over.

Still, the discussion of remote employment, although relevant, does little to improve the position of small business owners, whose financial confidence seems to be dropping by the day.

A Shared Lack of Optimism

The financial market, in the meantime, has been experiencing its own difficulties as a result of this dropping confidence.

According to a manufacturing survey from the New York Federal Reserve showed business conditions had dropped to their lowest levels since 2009. The report also clearly demonstrated that delivery times and inventories have both gone up significantly in a very short period of time.

The basic thrust of the report:

Economic optimism is at its lowest level since 2009, and manufacturing, whether we like it or not, has likely returned to recession. Of course, this report was based on a survey conducted in early March; things have certainly gotten worse since then.

The Options on the Table

While Washington scrambles to come up with a solution with an adequate scope, some federal and state agencies have stepped forward to offer small businesses the help they need to survive the lockdown.

For one, the Small Business Administration has beefed up the value of their funding pool by an additional $30 billion in order to help businesses that have been hit hard by the virus. Low-interest disaster loans are capable of covering debt payments and payroll, which might just be enough to keep some doors open.

On the other hand, SBA loans are restricted to federally-designated disaster areas, meaning that many business owners are not going to be eligible on what feels to many affected business owners like an unfair technicality considering the circumstances.

With the federal relief yet to arrive and the details yet to be revealed, many city governments and municipalities are stepping forward to protect their local economies from potential collapse. The city of Denver, for instance, has made available a $7,500 grant for small business that are likely going to have to close their doors, if they haven’t already. And while $7,500 is certainly better than the alternative, for many businesses is a small drop in the bucket of what kind of funds would be needed to survive a potential long-term shutdown.

As this is being written, the Unites States Senate has approved a stimulus package that is designed to alleviate financial woes that have accrued as a result of the shutdown, both for individual citizens and for small businesses. Under the package agreement, the federal government would direct $350 billion to the Small Business Administration, bolstering a loan program that has already seen a sharp increase in applications.

While there is no question that the beefed up loan program would be welcomed by many, there is some uncertainty in whether or not it will be enough to keep the most vulnerable businesses from shuttering for good. Because SBA loans can only be used for payroll and debt operations, there is worry from small operators about how the lack of actual revenue will affect their decision making in the short term.

The legislation, valued at a total of $2 trillion, heads to the House on Friday, March 27, 2020, where it is expected to pass with strong bipartisan support.