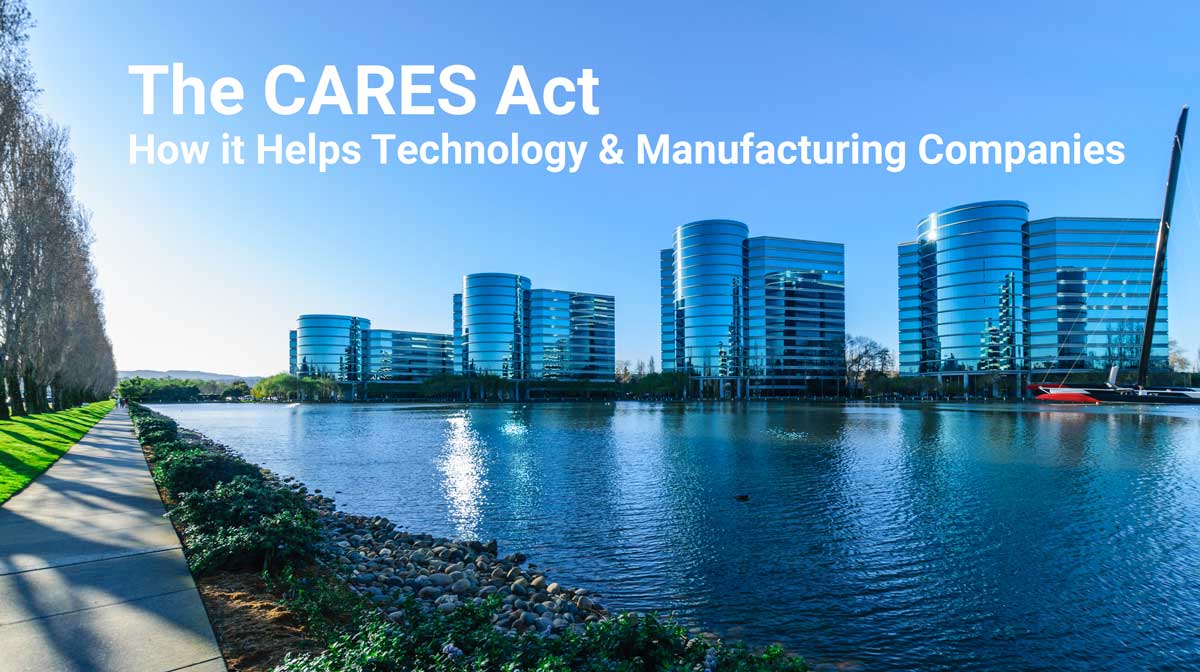 Some sectors thrive amidst a rapidly fluctuating economy

Last Friday, President Trump signed into law an economic stimulus package valued at $2 trillion, a number that is more than twice the size of that which was made available after the financial crisis of 2008. The funds are targeted at measures to alleviate the financial shock that has arisen as a result of the COVID-19 pandemic, and they couldn’t not come a moment too soon. The package is a bright spot in an otherwise clouded sky, and not just for the sick, or the font-line medical professionals who are bearing the brunt of it all.

For American businesses from tech to manufacturing, the package represents a potential foothold atop the frightening slope that our economy has been on.

The Rundown: What’s in the CARES Act Stimulus Package

The unanimously passed bill is the most recent installment in the single largest financial stimulus action ever taken by the American government. The multi-pronged funding measure is not only set to send American adults direct cash payments to help with the basic necessities, but it also includes a slew of other emergency provisions for hospitals, unemployment programs, and small businesses that are unable to cover their basic monthly payments amidst a near nationwide lockdown.

While there has been a lot of discussion about how effectively the CARES Act will be able to help out small business and transportation industries, there has been significantly less talk about what it is going to do for tech companies and medium to large size manufacturers, to not-so-small business sectors that aren’t likely to get the same kind of bailouts as healthcare or transportation.

Fortunately, all three phases of the overall stimulus package include important tax provisions that might be able to help such companies recover. One such provision is a 50% employee retention payroll tax credit that can be applied to any wages paid to workers during the COVID-19 outbreak. This is going to be particularly important for factories, assembly operations, and software firms who were forced to either furlough their staff as a result of plummeting receipts, or operate at reduced employment due to enforced quarantine measures.

Another important provision is that employers be able to hold of on paying their 2020 payroll taxes until 2021 or 2022, opening up an estimated $300 billion of additional operating cash for business nationwide. When paired with the fully refundable tax credit, the overall benefit is looking like something that is going to stimulate a potentially rapid return to normalcy for many operations.

The Connected Commerce Council, a non-profit trade organization, has been keeping a comprehensive list of other emergency funding options. It’s a valuable tool in finding resources available to small businesses that are impacted by COVID-19.

Manufacturers Get Big Help from the Economic Development Administration

Of the $3 trillion being a distributed, just over $3 billion of that has been earmarked to support economic development and help revitalize local and state communities by rebuilding industries that have been affected. Specifically, this money will be given to the Economic Development Administration (EDA), which will be able to provide a significantly higher amount of financial assistance to impacted industries like tourism and manufacturing chains.

The Tech & Software Boom No One Saw Coming

While lawmakers squabbled over the detailed of the recovery act, the free market economy adjusted in its own surprising ways.

Even the initial talk of social distance and potential quarantines has some employers and employees alike thinking about what it would take to adapt. Video conferencing software such as Skype, Zoom, and dozens of others were one of the first sectors to experience the boom. It didn’t take long for investors and VCs to key into what was going on.

When the virtual classroom app Zoom experienced an astounding 2.13 million downloads in the UK on March 23rd (the day that the UK lockdown was announced) shares began to soar. According to a report from The Guardian, Zoom chief executive Eric Yuan saw his net worth jump from $4 billion to $7.9 billion, making him one of the richest people on the planet.

Remote conferencing isn’t the only tech space that has seen rapid, sometimes hard-to-manage spikes in consumer demand. News reports about widespread toilet paper hoarding is no doubt the driver behind skyrocketing bidet sales, and state-sponsored “stay at home” measures and lockdowns have made some online games more popular than they have ever been.

Why Software Companies, Big Tech, & IT Are Likely to Come Out Even Stronger

Without question, it is too early to know how it is going to shake out for a lot of companies, but there are some indications that the stimulus package, when combined with the unprecedented changes we have seen in the global workforce, might emerge from the COVID-19 pandemic with an even stronger financial outlook.

The concept of an economic “snapback” was perhaps less relevant with the 2008 crisis, but it is looking more and more like the forecast for the later half of 2020. The federal stimulus package is making it far more likely that businesses and individuals alike will be able to keep themselves afloat as the virus runs its course.

On the other side of it all is the snapback that manufacturers and light industry companies will be able to benefit from the most. Things like cars, tractors, and construction equipment that was not purchased in Q1 and Q2 are likely going to be purchased just the same in Q3, hopefully providing the defibrillation required to get national supply chains back up and running.

“This is Not the End”: Congress Preps for Phase IV

In an interview with the Wall Street Journal, the Senate Minority Leader Chuck Schumer made it clear that more help is on the way: “This is certainly not the end of our work here in Congress – rather the end of the beginning.”

While it is too early to speculate on what specific industries might be included in the next phase of the stimulus package or how much it would be valued at, we can say this: it certainly isn’t going to hurt.